Back to: Hard work and racing 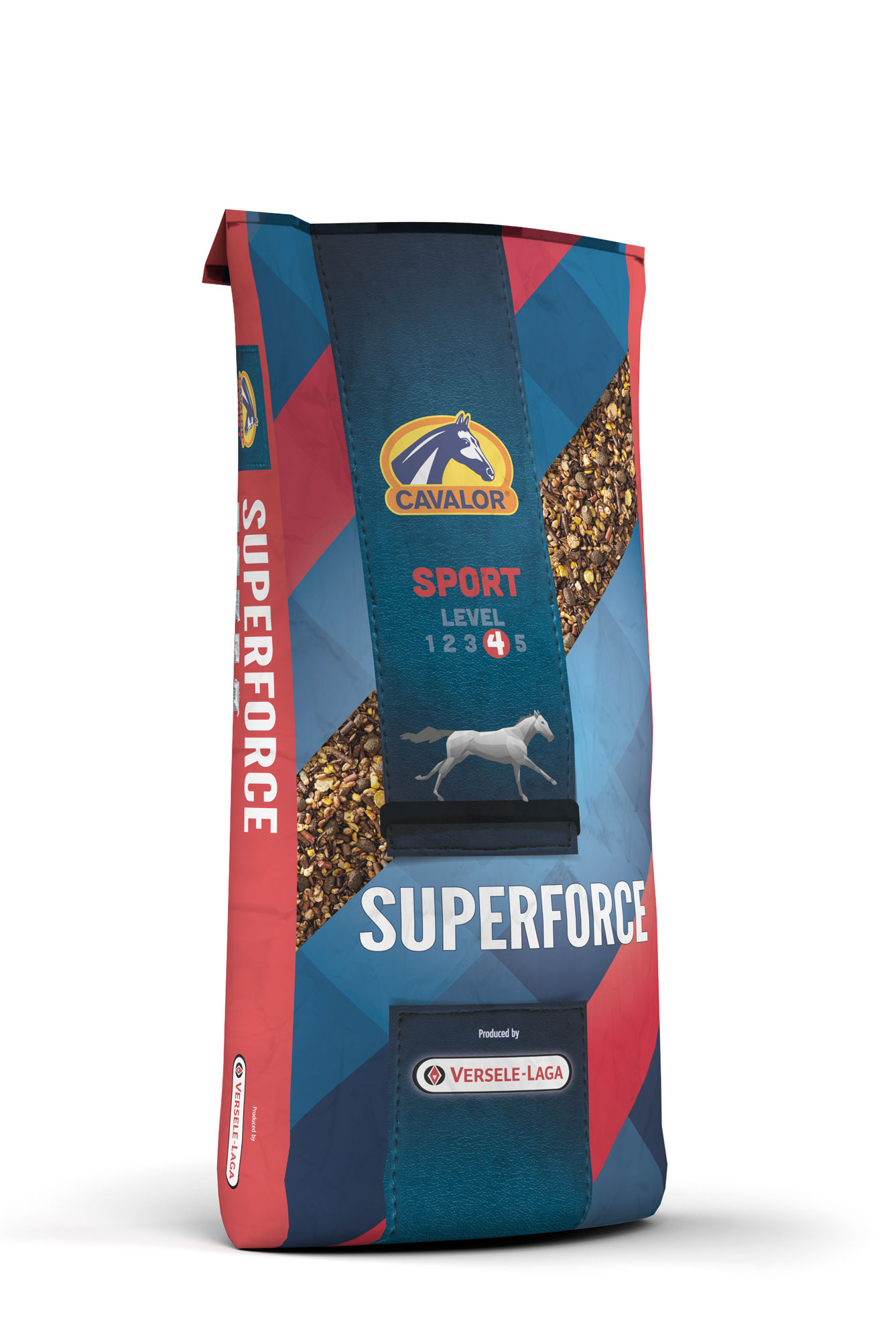 Cavalor Superforce is a top-quality feed especially suited for active competition horses that must produce sudden bursts of energy in disciplines such as show jumping, cutting and short-distance racing. With short, intense efforts that make no call on oxygen (anaerobic activities), the horse's body mainly uses sugars, which it gets largely from grains in its feed (oats, barley, wheat, corn).

The more grains, the more energy? No! Feeding grains must not be exaggerated too much grain may result in muscular and digestive problems.

Yeast Plus, an ingredient in Cavalor Superforce, ensures that there is no chance of acidification in the intestine. Superforce also contains a special selection of exclusive top-quality grains and an exceptional mix of Omega-3 and -6 fatty acids for safe energy), as well as specific amino acids and an extensive range of vitamins, minerals and extremely easily absorbable trace elements. Superforce also contains Muscle Plus, helping to help prevent stiff and cramped muscles. Muscle Plus is a combination of extra vitamin E and selenium. This balanced combination means that Cavalor Superforce supports the energy needs for peak performance and the general condition of the horse.

By puffing grains we are able to improve the starch digestibility in the foregut from an average of 5-50% to 85-90%. These grains travel through the stomach and small intestine at a slower rate, allowing the digestive enzymes more time to act on the feed. More nutrients in the feed are released for the horse to absorb while avoiding any rapid releas­es of sugar and starch, which is critical for horses with metabolic issues.

SUGAR AND STARCH FOR EXPLOSIVE ENERGY

Non-structural carbohydrates (including starch and sugar) are broken down and absorbed in the small intestine, and then stored as glycogen in the mus­cles and liver. When a sport horse is asked to per­form short intense efforts, this anaerobic activity will break down glycogen in the muscles into lactic acid. Superforce provides the horse with the energy he needs to perform well during the intensive efforts.

The combination of extra vitamin E and selenium in Superforce combats the formation of lactic acid and avoids muscle acidification. Sufficient selenium and vitamin E supplementation has been used to prevent muscle disorders (tying-up) in some horses.

Yeast Plus/Pro Yeast. Horses today are fed large amounts of feed concentrates, particularly sports horse and mares that are in foal or lactating. Their bodies need help processing them. It is mainly in the small intestine that grains are converted from starch into glucose. When at every meal more grains are fed than the small intestine is capable of digesting, this step is passed on to the large intestine. Inside the large intestine, the acid value (pH) subsequently drops (acidification), causing the micro-organisms to become less active and causing poorer digestion. Active yeast cultures are the solution for this problem, as they stimulate healthy bacteria inside the large intestine and hinder malignant bacteria (streptococci). This prevents acidification (pH drop), which allows the micro flora to operate properly. Pro-Yeast provides optimal digestion of crude fiber, intake of minerals, production of B-vitamins, an effective yield of the total feed and, of utmost importance, a reduced risk of colic.

Artri-Pro is a unique copper, zinc and manganese supplement, with each component in optimal proportion. These micronutrients ensure that the joints, tendons, cartilage and skeleton are given a higher level of support than they would from any regular maintenance mixture. These high levels of copper, zinc and manganese are specifically beneficial for younger horses in full growth, older horses, sport horses, mares in foal and lactating mares.

Pro-Energy stands for an optimal supply of energy in the form of nutritional fats and carbohydrates. Fats are the most concentrated energy source in any diet. The energy used by a horse during physical exertion is obtained in different ways. Creatine phosphate supplies directly available energy for very short term exertion (about 60 seconds). This energy, which is soon depleted, needs to be replenished by short-term energy (a matter of minutes). This short-term energy is derived from glycogen located in the muscles. The short-term energy (anaerobic: without oxygen) supplies about 5 percent of the total energy requirements. Carbohydrates are the principal suppliers for this energy type. The longer the exertion lasts, the more the anaerobic effort shifts to an aerobic one in which oxygen converts the fatty acids into energy as the exertion is taking place. This is medium term- and long-term energy. Fats are a source for fatty acids and supply approximately 25 percent of overall energy.

Muscle Plus indicates an increased level of vitamin E and selenium. Selenium protects the cells against degradation by peroxides. In addition, selenium has an economizing effect on vitamin E, an antioxidant that prevents the oxidation of polyunsaturated fatty acids in the cell membranes. This protects muscle cells, immune system cells and blood corpuscles. Together with a number of enzymes such as gluthatione peroxidase (containing selenium), superoxide dismutase and catalase, vitamin E prevents cells from being damaged by oxidizing radicals. This protects the red blood cells (oxygen transport) and improves performance in horses, especially in older animals, as they are contending with a labored oxygen metabolism in their tissues.

It also shortens the recovery phase. A vitamin E deficiency is concomitant with a degradation of muscle cells and a drop of muscle glycogen levels, while the cell's resistance against lack of oxygen lowers.

Mega-Electrolyte. Electrolytes are minerals (sodium, chlorine, calcium, potassium, magnesium, phosphorus, sulphates and bicarbonates) that serve a key role in the horse's body in regulating its water balance and acid value. When horses break out in a sweat due to physical exertion or heat, a great number of electrolytes are dissipated through the sweat that is excreted, causing the electrolyte balance to become disrupted. It is particularly sodium, potassium and chlorine that are dissipated as part of this process. The loss of sodium in this produces the most significant effects, as sodium is crucial to the body's water balance (absorbing and retaining water). Following exertion, electrolytes need to be replenished. The body being barely capable of building up a reserve of electrolytes, a fresh daily supply through the feed is imperative. The Mega-Electrolyte concept is your guarantee that your horse will ingest all its required ration of electrolytes on a daily basis. 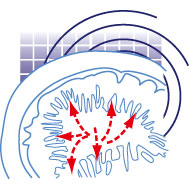 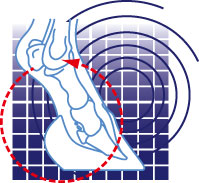 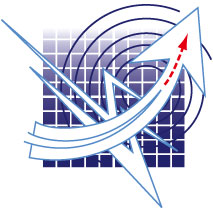 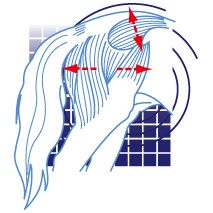 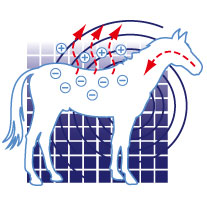 Give between 0,8% to 1% (max) body weight in combination with a minimum of 1,5% body weight of quality forage and ad libitum fresh water

Always give Superforce in addition to sufficient (at least 5 kg) hay.

At rest, these rations should be halved.