Back to: For Hooves

Highly effective supplement to support healthy enzyme level within the hooves and healthy hooves. For the horse which is prone to Laminitis or suffering metabolic conditions. 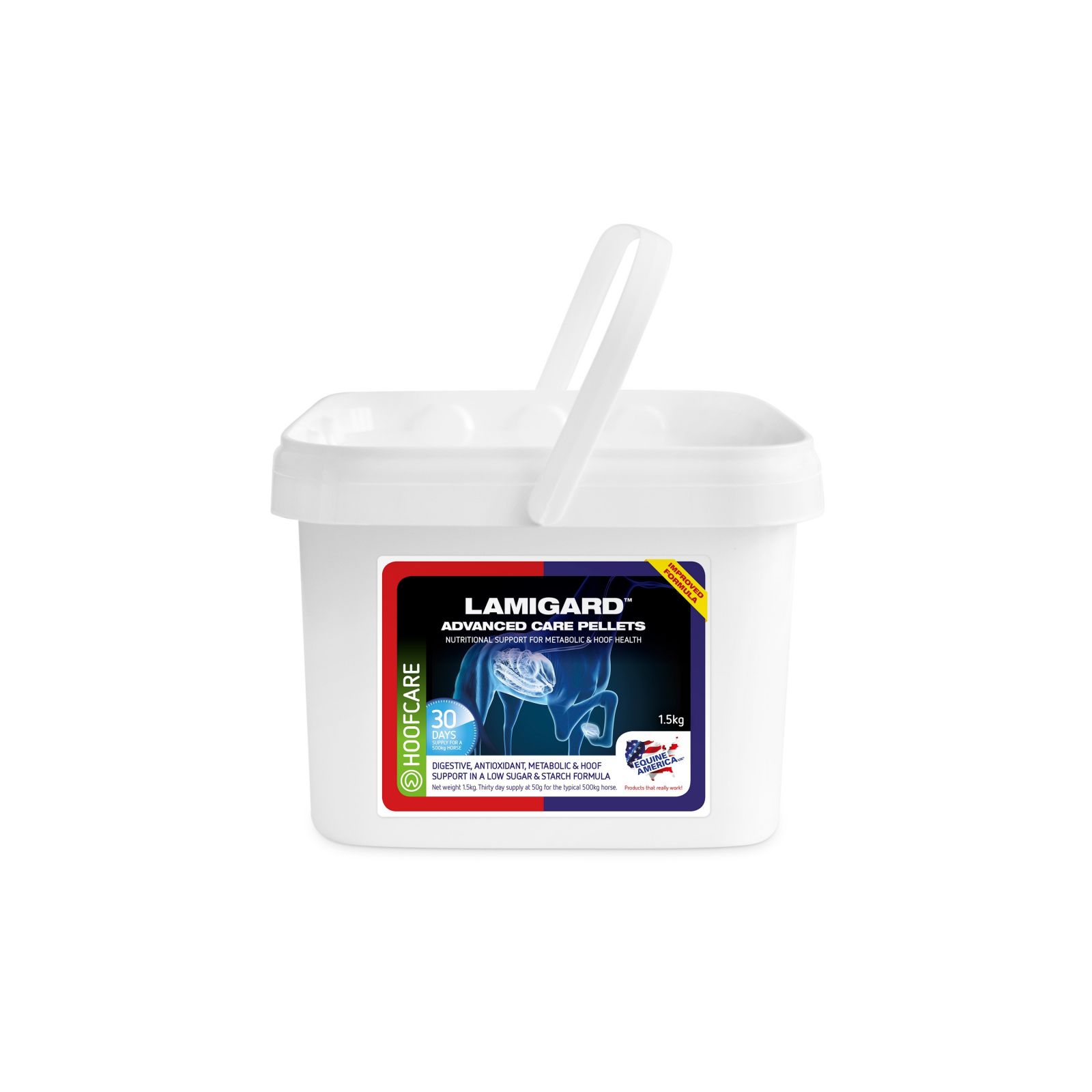 Historically, most laminitis cases were thought to be caused as a result of an inflammatory response, from over consumption of pasture and other feeds which are high in soluble carbohydrates, leading to a disruption to the hindgut microbiome, which caused the release of endotoxins, and the excessive production of free radicals from oxidation.

The actual physiological responses which lead to laminitis are still unclear, but it is thought that the inflammatory response and the high level of damaging free radicals produced by oxidation during the inflammatory response ultimately affect blood supply to the feet. The restriction of blood to the feet causes damage and death to the laminae, resulting in pain and lameness, and in severe cases, rotation of the pedal bone.

Excessive concussion of the feet, retained placenta in broodmares, systemic infections and supporting limb (following an injury) laminitis are also all thought to result in laminitis as a result of Systemic Inflammatory Response Syndrome (SIRS)  - Laminitis caused by inflammation and resulting oxidative damage.

However, recent studies have reported that a high proportion of laminitis cases are now thought to occur as a result of Endocrine or hormonal dysfunction.

These hormone imbalances can occur either as a result of PPID (Pars Pituitary Intermedia Dysfunction, commonly known as Cushings Disease), or a range of syndromes referred to as Equine Metabolic Syndrome or EMS. These disorders are characterised by, amongst other symptoms, insulin resistance (IR) and maybe be genetic in origin, as there seems to be a high incidence in Native ponies and some draft breeds.

Again, it is not yet fully clear why higher than normal insulin levels can result in laminitis, but one theory is that insulin resistance may be associated with high levels of key proteins which cause vasoconstriction or narrowing of blood vessels in the feet. This is thought to result in narrowing and stretching of the lamellar cells over a period of time, before symptoms of pain and lameness become obvious to the owner – unlike SIRS laminitis, which is usually rapid in onset.

Lamigard Advanced Care pellets contain a potent blend of key nutrient and plant extracts to help in long term nutritional management of horses and ponies prone to both SIRS laminitis and those with endocrine dysfunction.

For horses and large ponies, per day: 50 g

Do not exceed 50 g per day unless under professional advice.

For animal use only. Do not feed to sheep. Keep out of reach of children. Store in cool dry conditions, out of direct sunlight. Do not use if seal is damaged or missing.